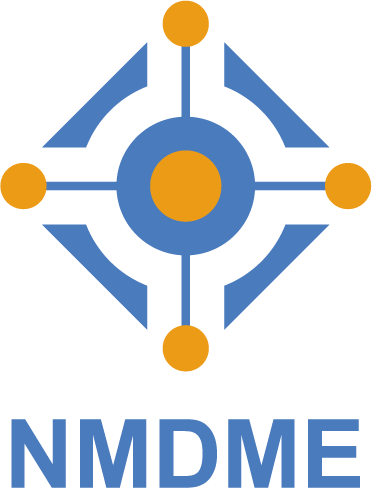 School of Journalism and Communication,

Brief introduction of  the research experience

Wu Fei is professor at China Guangzhou Jinan University. He is also a columnist and writer for several major Hong Kong and international newspapers and magazines and has published more than 20 books in China, Hong Kong, and Taiwan. He also is a commentator for several television channels that have a combined audience of 20 million viewers in China mainland and Hong Kong. Wu Fei is an alumna of the US East West center, and membership in the international studies association and will be the Visiting Researching Fellow at Georgetown University (2010 and 2012). And 2011,2012 two times as panel chair attend ISA Montreal and San Diego conference now still was border of human rights association ISA.

“The modern art of media diplomacy is to use Theodore Roosevelt' s big stick, but digitally – and never ever to speak softly"; this or something similar could be a future definition of 21st century' media diplomacy'. Academically, as an intellectual exploration, the Working Group' s investigation considered how the upheavals of the international world might affect future diplomacy. Practitioners, on the other hand, want to know what concrete conclusions can be drawn from this exploration. Are there necessarily consequences to be drawn for politics, the work of diplomacy, and or changes to be made to diplomatic instruments?

It is worth looking at public diplomacy beyond the experiences of the United States or the anglophone world. The debate about the new public diplomacy after 11 September 2001 has become dominated by US public diplomacy, and it has been characterized by a strong emphasis on international security and the relationship between the West and the Islamic world.

Many of the dilemmas of cultural and information policies also confront those who shape national media policies. However, in multicultural societies, the dilemma of how to allow freedom of speech without encouraging hate speech is the central question. Different media philosophies would, of course, respond differently to this question. As long as allegiance was paid to the central authorities, each cultural community was largely left to its own devices. In the Islamic empires, in fact, the millet system ensured a high level of internal government for the Peoples of the Book.

Dr. Jesse Owen Hearns-Branaman is an Associate Professor and the Programme Director of Media and Communication Studies at  UIC. He holds a PhD from the University of Leeds, an MA in  International Communication Studies from the University of Nottingham,  and a BA in Radio and Television from San Francisco State University. He  has taught communication, media, and journalism studies at the  University of Sheffield, University of Leeds, and Leeds Beckett  University in the UK, Zhejiang Wanli University and the University of  Nottingham in China, and the National Institute of Development  Administration in Thailand. His research interests include  post-structuralism, ideology, critical linguistics, political economy of  news, comparative journalism, and epistemological theory. He has  published two books, Journalism and the Philosophy of Truth: Beyond  Objectivity and Balance (Routledge: 2016), and The Political Economy of  News in China: Manufacturing Harmony (Lexington: 2015).

While it is often argued that journalism should have universal professional standards, it is clear from the diversity of the output of news media outlets within countries and between different countries that this is not the case. The function and performance of news media professionals is dependent on each country' s individual media ecosystem made up of the interaction of government, politics, economy, society, education, and the journalists themselves.

Evidence gathered from interviews with journalists in China, Thailand, the USA and the UK will be presented in this lecture to show to what extent journalists'  discourse about topics such as truth, ethics, and power is similar and to what extent it varies. The sociological and political-economic conditions which underpin these differences and parallels will then be examined. In this way we can get a more holistic view of the influences on news media production which will, in turn, inform a more sustainable way to compare journalistic professionalism around the world. 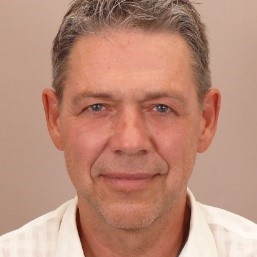 Professor Holger BRIEL is Dean of the Division of Culture and Creativity. He holds a Ph.D. in Cultural Theory from the University of Massachusetts, Amherst, an M.A. in Comparative Literature from the University Michigan, Ann Arbor and a B.A. in English and German from   Eberhardt-Karls-Universität Tübingen, Germany. A portion of his graduate studies was also undertaken at the Université de Paris, Sorbonne. Previously,   Dr Briel has taught at the University of Nicosia, Cyprus, the University of  Innsbruck, New York University Skopje, Aristotle University of Thessaloniki,   the University of Surrey, Indiana State University and Xi'an Jiaotong Liverpool University. He has held numerous Visiting Professorship positions and lectured at Oxford, UC Berkeley, Ateneo de Manila, the National University of Malaysia, the National University of Singapore, Universität Rostock and many others. He has been Vice-Rector and Dean at New York University Skopje and is the recipient of numerous research grants and fellowships. He is also a well-published academic with several books, book   chapters and peer reviewed articles on Media and Cultural Studies, the Social Sciences, Tourism and Management Studies to his name. He is the Editor of the  IAFOR Journal of Cultural Studies and sits as Editor and Joint Editor on several journal boards. He is a member of the EU Council for Higher Education  and has supervised several Ph.D. dissertations and numerous Master level theses.

Teaching the virus a lesson: Things that work and things that don't in Online Education

Over the last year and a half, many educators have had to navigate a steep learning curve when it comes to distance education. No matter where one looks on the globe, at least partial distance/online learning was used in most teaching situations, be they found in secondary or tertiary pedagogical institutions. While the universality of this online teaching necessity is historically unprecedented, for the last 70 or 80 years there have already been institutions which might not have taught online, but certainly over a distance. Open Universities and distance learning universities such as The University of Phoenix and others have been very successful in educating many people from afar. More recently, Udemy from San Francisco has had a major impact with its massive open online course (MOOCs) , although the jury is still out whether these classes are as efficient as face-to-face ones. Early research seems to indicate that this might not be the case, at least when looking at the numbers of student completion rates which can be as low as 7% (https://www.insidehighered.com/news/2013/05/10/new-study-low-mooc-completion-rates).

There are a number of reasons why online education is both failing and succeeding. Some of them are technical, others pedagogical. An example for the first one is that in March 2020, following students’ request, the University of the Philippines announced that it would not have online classes, as the majority of its students did not have the technical environment to participate in them. Other issues include legal questions, such as, who owns the videos created? The teacher, the institution? A recent case from Canada highlights this issue. A student from Concordia University in Montreal wanted to contact the teacher of a class he was taking, only to find out that the instructor had died two years earlier while the university gave the impression that the teacher continue to give classes. (“Despite his demise, Francois-Marc Gagnon is still lecturing for an online course on Canadian art history at Concordia University in Montreal via pre-recorded videos.” (https://www.reuters.com/article/us-global-tech-rights-analysis-trfn-idUSKBN2A521B)

It is also clear that many students and teachers dislike online classes. In a poll conducted in February 2021 at my home institution, more than 65% of students stated that they preferred in-person courses. Whether students do better in online courses vs in-person ones is hotly debated; at least for high school students in Germany, research shows that for online classes, students do not do as well in terms of quantity and quality of material learned. (Spiegel 3, 16.1.2021, p. 24)

In my presentation I will leave the above factors out, as they deserve much more room than I could possibly give them in my presentation, and will solely concentrate on the content of courses I taught over the last two years at several institutions. Evidence will show that for some topics (not surprisingly, more theoretical ones) online teaching can be done in a way to benefit most students, as long as an effort is made by both teachers and students; as for other classes (most notably more practically oriented ones), I will claim that even the best efforts by all stakeholders will result in an inferior educational outcome for students when compared to face-to-face classes. A hybrid system of teaching therefore seems to work best in the majority of cases.

Feng Wu (PhD, School of Journalism and Communication, Huazhong University of Science and Technology, 2009) is a full professor of Journalism and New Media school at Xi' an Jiaotong University in Xi’an, Shanxi, P. R. China. His research interests include: Chinese national leader' s press conferences, Chinese political communication, quantitative research, Chinese newspaper marketing & management, culture industry, and new media. He is a productive young researcher. In recent five years, he had published FOUR English articles in leading journals indexed in SSCI, and more than thirty Chinese articles in leading journals in journalism & communications field (indexed in CSSCI). He has finished more than 10 important projects (funded and principal investigator). By the end of 2016, his total fund is about one million (￥2 million, about $ 0.3 million), which is outstanding compared with his peers.

For a long time, anchors have been considered as a human-specific profession, but the birth of artificial intelligence anchors has subverted this traditional cognition. With the in-depth development of artificial intelligence technology, the introduction of artificial intelligence technology into the field of video news has resulted in more diversified news products. Intelligent machine anchors have gradually taken on tasks such as hosting and broadcasting in radio, television, Internet and other media, and are aware of users The effect has a certain impact. Although delayed, it has renewed the traditional radio, television and video programming production process and has attracted widespread interest from all disciplines.